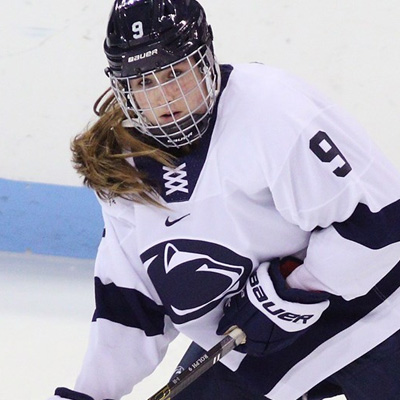 Morgan’s experience started with Mitchell Minor Hockey. She then continued her hockey playing in Kitchener and London AA. The hockey season of 2013-14, Morgan joined the Cambridge Rivulettes of the PWHL. After three seasons in Cambridge, she played a season with the Kitchener-Waterloo Rangers of PWHL. Morgan committed to playing at Pennsylvania State University of the NCAA for three seasons. Morgan’s final season with Penn State was cut short due to the pandemic, but completed her degree from Ontario, with a major Criminology and minor in Sociology. Morgan continues playing hockey for a women’s senior team and volunteers her time with minor hockey teams and organizations across southwestern Ontario.